As American History Guild’s Path to Freedom 24 Day Calendar comes to a close, the one theme we see repeatedly woven throughout the events of the American Revolution is the hand of the Almighty in almost every facet of our battle for independence. How else can one possibly explain that, against all odds, a ragtag “army” of merchants and farmers, many armed with mere hunting rifles, could ever reign victorious over the seasoned and polished tactics of a world-class military force? It defies logic, doesn’t it?

The answer can only be found in providence. There are countless documented examples of forces beyond the control of any man intervening on behalf of the Patriots and shifting the tide of battle decidedly in their favor.

If not for the rock-solid, frozen ground between Fort Ticonderoga and Boston, who knows if Henry Knox’s brilliant idea to transport tons of weaponry would have be a success. Just think what a little mud could have done to “sully” his plan!

And perhaps, had colonist Lydia Darragh not been providentially standing within earshot of a discussion of surrender by her husband and his fellow American soldiers, they might have elected to give up the cause, and who can know if the actions of but a few men would have reverberated through the forces, giving others “permission” to throw in the towel? Thank the Lord for the courage of such women who recognized the importance of the fight even when all seemed lost.

Look no further than the brilliant negotiations of Ben Franklin who managed to get France, not only on board with the American cause, but also fully supporting our military efforts, and just in the nick of time as Americans were becoming dispirited with a war that, by all accounts, should not have rendered us a victory.

And who but God Himself could have implanted such reverence for liberty into the hearts of great men like Lafayette, who left his family and native home of France to fight alongside Americans for the worthy cause of freedom? It’s the very same providence that pushed soldiers like Robert Barnwell far beyond their human limits in the service of their dear country.

And what of the unfathomable humility of George Washington, who repeatedly rebuffed the ardent desires of a fawning America to crown him king of all he “surveyed?” Had God not placed this man at the ‘helm of our ship’ so many years ago, the American Revolution may have all been for naught as we naively begged to re-enter the very same situation from which we fought so boldly to depart. But thankfully, so great was his vision and so pure his heart, that George Washington, the father of our great nation would simply not allow this to happen.

As the pen is laid to rest on this Path to Freedom 24 Day Calendar, the clarion call is simple and perhaps summed up best by the greatest leader the world has ever known:

“The man must be bad indeed who can look upon the events of the American Revolution without feeling the warmest gratitude towards the great Author of the Universe whose divine interposition was so frequently manifested in our behalf. And it is my earnest prayer that we may so conduct ourselves as to merit a continuance of those blessings with which we have hitherto been favored.” – George Washington, letter to Reverend Samuel Langdon of New Hampshire, New York, September 28, 1789 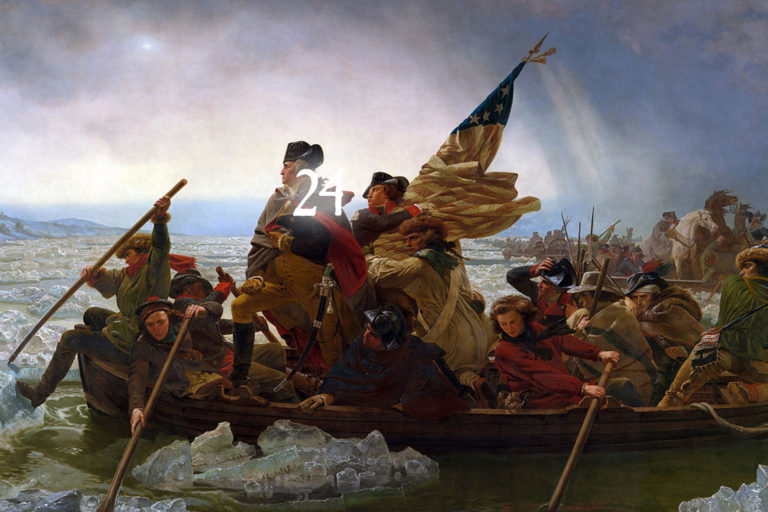