As we reflect upon Memorial Day, we are reminded of the tremendous sacrifices made by those brave souls who serve in the military.  From the moment a soldier commits himself to the duty of defending our republic, he must bear the crushing weight of knowing that that commitment may mean making the ultimate sacrifice… that of his own life.

While we honor those who’ve died in service to the country, the only people who can truly comprehend the gravity of “laying down one’s life for another” are the courageous men and women who live out that pledge each and every day together with the loved ones they sometimes leave behind.

So on this day, as grateful citizens and indirect witnesses to the heroism of those who have given their very lives to defend our precious freedoms, we humbly honor the valiant soldiers that are no longer walk the earth.

One particular man we pay homage to on Memorial Day and who embodied that American fighting spirit is Dr. Joseph Warren.

Dr. Warren was born on June 11, 1741 into a wealthy family in Roxbury, Massachusetts.  He earned his medical degree from Harvard and subsequently set up his practice near Boston.

He was not only a skilled physician whose patient list was a virtual “who’s who” of colonial “aristocracy,” but he was also a charismatic and polished orator which made him a boon to the growing patriot cause.

Along with such famed rebels as Paul Revere and Samuel Adams, he enthusiastically joined the Sons of Liberty.  He also held the honor of being elected to the Massachusetts Provincial Congress. 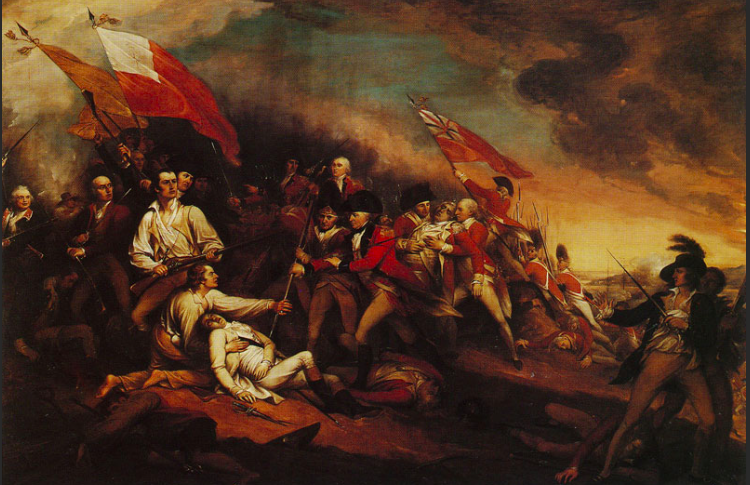 His passion for the cause of liberty translated to copious essays and speeches on the subject, one of his most notable being the Suffolk Resolves wherein he took a definitive and unflinching stand against the tyrannical efforts of the British crown toward the colonists.

His close friendship with Paul Revere led him to appoint the polished silversmith to make his famous Midnight Ride, a horseback sprint that would enable Revere to leave his “mark” on American history into perpetuity.

During the colonial battles of Concord and Lexington, the gutsy and determined Warren led a band of minutemen in taunting the British as they arrived back into town. In the chaos that ensued, were it not for his fashionable wig, which protected his head as a musket ball grazed it, his illustrious military career may have ended there.

Yet, he escaped death by just a “hair!” It is believed that upon cheating the grim reaper, he penned a note to his mother of a newfound courage that would never accept surrender:

“Where danger is, dear mother, there must your son be. Now is no time for any of American’s children to shrink from hazard.  I will set her free or die!”

On June 13th of 1775, the Continental forces became privy to the fact that the Brits were plotting to employ troops to occupy the areas surrounding Boston.  In an effort to halt those plans, the colonists situated troops at both Bunker and Breeds Hills wherein they were charged with the construction of “earthworks” or entrenchments carved out of soil, under the cloak of darkness. 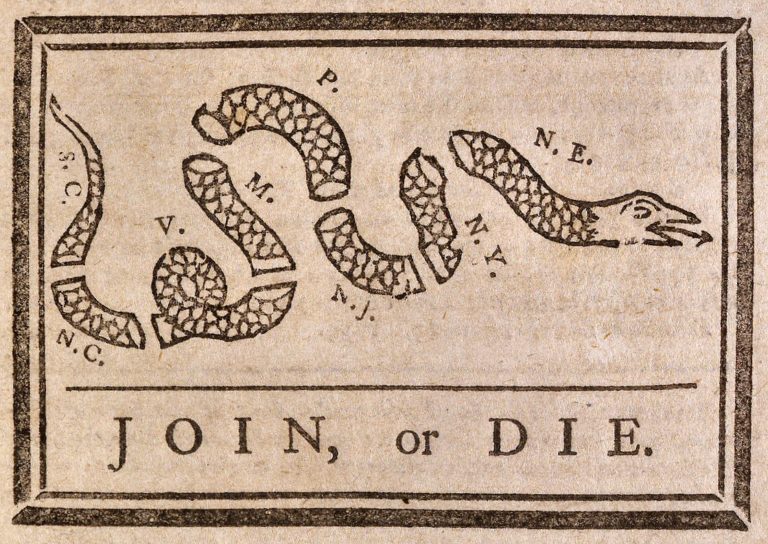 The Join Or Die Political Cartoon

Warren arrived the following day prepared wholly to do battle, so much so that he inquired of General Israel Putnam as to where “the heaviest fighting” would occur.  And although Warren had been “commissioned” as a major general in the Massachusetts Regiment, he elected to engage in battle as a private, admitting to all that he had had no previous military experience.

Warren fought valiantly “behind the earthworks,” until such time as the rebels exhausted all of their ammunition.  He remained staunchly in position to allow his fellow soldiers much-needed time to escape while the British launched one final attack.

Tragically, it was there, on June 17th of 1775, that enemy soldiers, having recognized the popular patriot, seized the opportunity and promptly shot him in the head.  They subsequently disrobed his body and proceeded to stab him with their bayonets so viciously that his corpse was mangled “beyond recognition.”

Sadly, his good friend and fellow patriot, Paul Revere was given the gut-wrenching and arduous task of searching for his body.  Given that the condition of Dr. Warren’s corpse made a visual identification impossible, Revere made history by being the first to identify an unknown body by his dental records.

As fate would have it, the silver filling that Revere had recently placed in a tooth of Joseph Warren was now key in identifying him post-mortem. A tragic day for Paul Revere and a grateful nation for sure, and yet a giant leap forward in the field of forensic science.

As is the case with many a soldier, it is impossible to overstate the contributions made by Dr. Joseph Warren to our nation.  Perhaps military historian Ethan Rafuse said it best:

“No man, with the possible exception of Samuel Adams, did so much to bring about the rise of a movement powerful enough to lead the people of Massachusetts to revolution.” 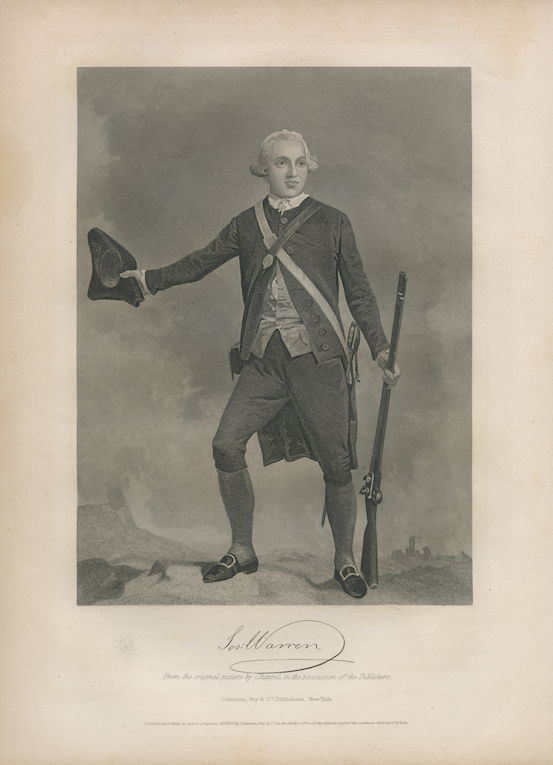