This Day in History

Today’s post is part of our President’s Revealed Series in which we recount a relatively unknown story about a President and the reader attempts to guess who it is before we reveal it!

On a cold winter night among the bluffs and rolling hills of Eastern Iowa, an infant boy, overcome with sickness, had been coughing uncontrollably. Without warning, his body seized then deflated, and finally he fell motionless in his crib.

His parents could do nothing and after a time, “laid out” their precious son on a table and, adhering to an age-old ritual, placed dimes on the shuttered eyelids of their lifeless child. The boy’s uncle was a doctor and had just returned from his rounds. Upon seeing his tiny nephew on the table, joined the family in grieving over his loss.

Suddenly, someone around the table insisted they saw the young boy move. The uncle leaped to his side and frantically began trying to resuscitate the young child. After what must have seemed like a lifetime to his grief-stricken parents, the future President of the United States, owing to the heroic efforts of his uncle and his own indomitable spirit, began to breathe again.

The boy’s grandmother witnessed the apparent miracle, and with a confidence especially accorded persons her age, solemnly remarked, “God has great work for that boy to do; that is why he was brought back to life.” As grandmothers often are, she was right.

That sickly infant boy would one day grow up and save more lives than any human being in the history of the world. 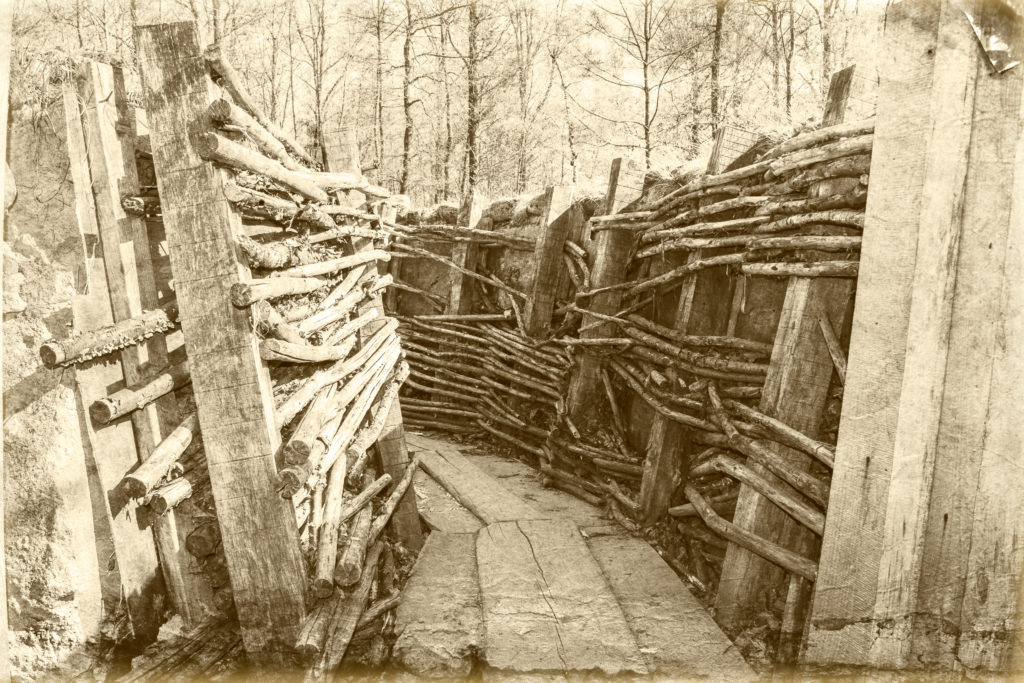 The “miracle boy,” just a few days before his fortieth birthday, sat in his London office lamenting the state of the world. The week before, a diminutive teenage boy in Sarajevo, while sitting at a sandwich shop pulled out a .38 caliber semi-automatic pistol and assassinated the Archduke Franz Ferdinand of Austria along with his pregnant wife, Sophie.

This isolated but far-reaching act set in motion a chain of events that would bring death and destruction to all four corners of the world. As the future President peered out his office window in dismay, he knew his world would soon unravel too.

One month after the death of the Archduke, Austria declared war on Serbia and the disparate national alliances which had been incubating for years, sprang to life. One nation after another closed rank with their respective allies and declared war on the other. Soon all of Europe was engulfed in a conflict such as the world had never known.

Having already begun a successful campaign to aid his fellow American’s to escape the war, the future President turned his attention to the Belgian people who, having been occupied by the German army and blockaded by the British Navy, were literally starving to death.

Without hesitation, he formed the Committee for Relief of Belgium or CRB. Working tirelessly to handle the logistics of feeding 8 million people in the middle of a world war, he negotiated agreements with the belligerents to allow foodstuffs from America to travel unmolested to the desperate Belgian souls.

Most observer’s thought the world would soon awaken to its senses and the war would mercifully come to an end. The miracle man, turned humanitarian wasn’t convinced. He never slowed the humanitarian efforts and continued to build his organization while the warring nations dug in for a long struggle. 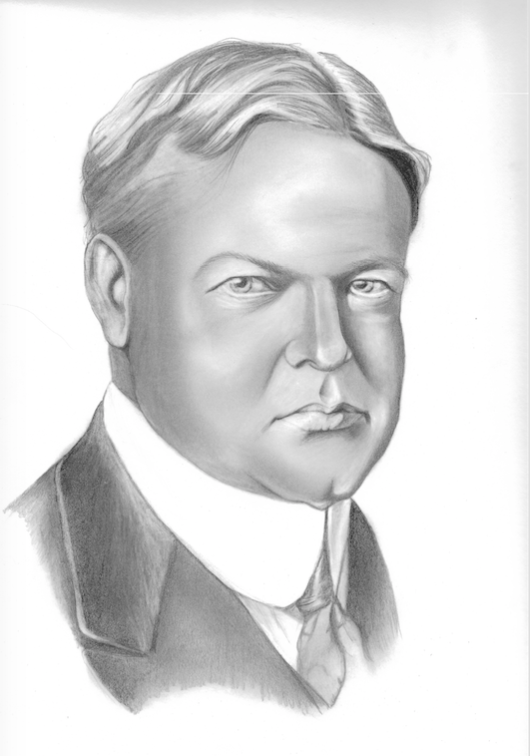 As the war dragged on beyond earthly reason, its deadly effects ravaged more and more people. The committee’s influence would soon spread beyond Belgium to nearly every country in Europe.

The emboldened man founded a new organization called the American Relief Administration which began feeding the tens of millions of people beyond the borders of Belgium who were also in need.

The task before him was just this side of impossible.

The future president and his organization, would, in the end feed over a billion people in 57 countries. Millions and millions of tons of food and supplies had to be obtained, shipped and distributed. Because of the destruction and devastation inherent in war, the work often had to be done with little or no government agency in place, shifting political alliances, the omni-present threat of death, ethnic tensions and the general nonsensical madness endemic to war.

Some historians have estimated that between 83,000,000 and 120,000,000 lives were saved by the Herculean efforts of this extraordinary man. More astounding is the fact that those numbers don’t include the hundreds of millions of descendants who would otherwise not have been born were it not for his efforts.

Whichever number is correct, two things are near certain. The first is that the president-to-be was responsible for saving more lives than anyone in the history of humankind, and the second – that on a cold winters night, near the great bend of the Mississippi River in Iowa, a relieved and adoring grandmother made perhaps the most incredible understatement of all time.

That American President was…